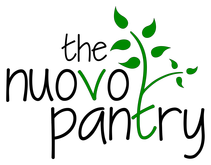 The original “The Future Is Female” T-shirt design was made for Labyris Books, the first women’s bookstore in New York City, which was opened in 1972 by Jane Lurie and Marizel Rios. The photographer Liza Cowan took a picture of musician Alix Dobkin, her girlfriend at the time, wearing it in 1975. The photograph was done for a slide show she was working on called: "What the Well Dressed Dyke Will Wear."

This slogan has lasted through the decades and is reemerging as an empowering statement for all, as female-identified bodies and rights remain under attack. Inflexibile and compulsory sexual and gender binaries are used to oppress and deny people their humanity and agency. Otherwild believes in an inclusive, expanded and fluid notion of gender expression, identities and feminisms. We support liberation, embrace our trans sisters and brothers, and call for the end of patriarchal ideology, domination, oppression and violence. We believe that “The Future is Female” is the past, the present and the future, and is language that resonates.

Printed on a grey unisex sweatshirt, with navy blue ink.